The Black Caps have been beaten by seven wickets in the first T20 cricket match against Pakistan in Dubai, the hosts cruising to victory with 5 balls to spare. 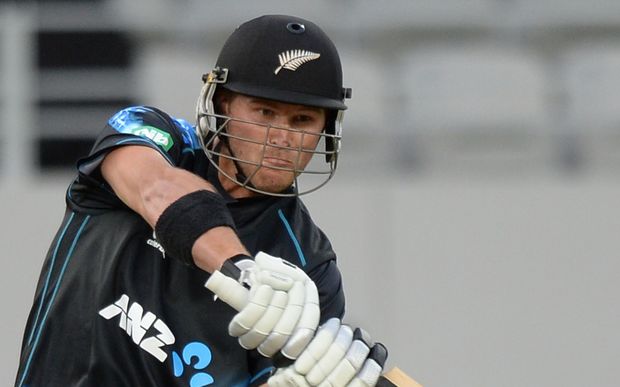 New Zealand loss the toss and were put in to bat and lost several early wickets, including opener and captain Kane Williamson for a golden duck, to fall to 15 for 3.

However they were lifted to 135 for 7 from their 20 overs by a career-best 48 from all-rounder Corey Anderson, Luke Ronchi's 33 and opener Martin Guptill's 32.

Anderson hit four sixes and a boundary off 37 balls and added 51 for the fifth wicket with Ronchi.

Pakistan cruised to the target in 19.1 overs with opener Sarfraz Ahmed smashing a career-best 76 not out for his maiden half-century in T20 cricket.

Paceman Mitchell McClenaghan was the only Black Caps bowler to take a wicket, with the other two Pakistan dismissals caused by run-outs.

The second and final T20 will be played in Dubai tomorrow morning, starting at the same time of 5am (NZ time).