The Springbok captain Jean de Villiers has undergone successful surgery on the left knee he injured in South Africa's final rugby Test of the season against Wales in Cardiff. 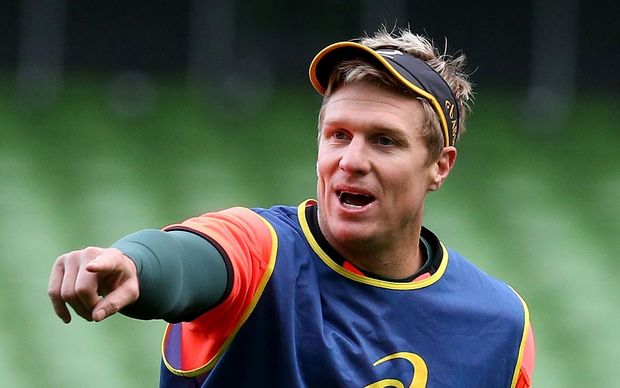 De Villiers had a full reconstruction of the anterior and posterior cruciate ligaments with an artificial graft, as well as a repair of the medial collateral ligament.

Springbok team doctor Craig Roberts says the procedure went well, but at this stage it is difficult to determine an exact return to play timeframe.

"The use of an artificial graft should speed up his rehabilitation and hopefully increase his chances of making a successful return to the playing field."

De Villiers says he would like to thank every medical practitioner involved in his injury, from when it happened until the operation.

"My focus will now be on the arrival of our third child in the coming days."

"Thereafter it will be about recovering as soon as possible so I can start with my rehabilitation. I still have my sights set on going to next year's Rugby World Cup and will do everything in my power to get to England."

"I would also like to thank everyone for the well-wishes and support in the last week, it means a lot to me and my family and we really appreciate every message."