The New Zealand freediver William Trubridge has failed in his bid to set a new record for the deepest unassisted free-dive.

Trubridge reached his 102 metre target in his attempt in the Bahamas but had to quit just over 10 metres from the surface, grabbing the guide rope and getting his support divers to help him to the surface.

The attempt took place at Deans Blue Hole, a 203-metre-deep sinkhole in a lagoon on a small island in the Bahamas

Unassisted free-diving allows the diver no fins or propulsive assistance of any kind. 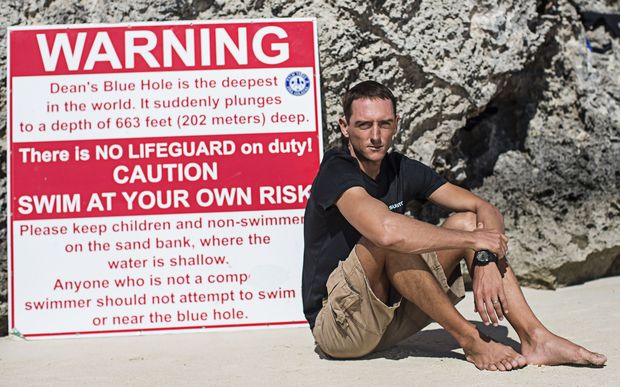 Trubridge says while he blacked out for a few seconds on reaching the surface he gave it his best shot and intends to try again.