The Springboks captain Jean de Villiers has "significant" knee ligament damage and he'll likely find out later this week if he has a realistic chance of recovering in time to lead South Africa at next year's Rugby World Cup. 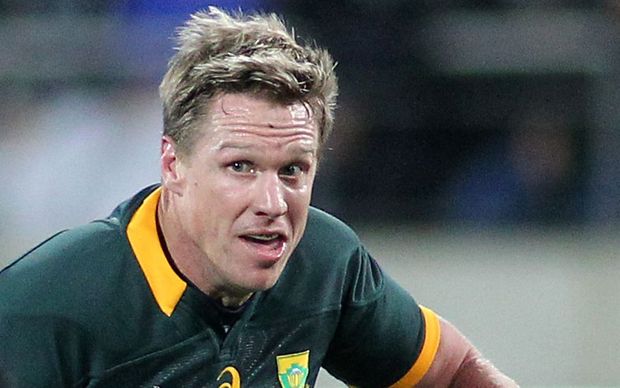 The centre dislocated his knee cap in the Springboks' 12-6 loss to Wales in Cardiff at the weekend and scans have revealed the damage is extensive, and no timeframe has been put on his recovery.