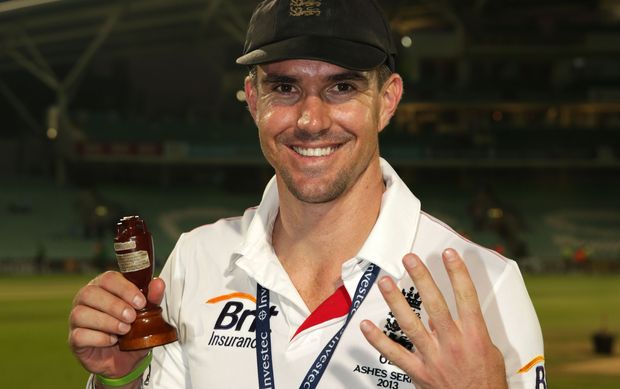 Botham described England's performance in the rain-hit second one-day international in Colombo on Sunday as "flat and tedious".

Pietersen, who was axed by England this year following their Ashes series whitewash in Australia, called for Cook to quit, saying on Twitter: "Dear Alastair, if you care about England's chances this winter, please resign".

Sri Lanka easily chased down England's paltry 185 in the second match of the series, reaching their target with more than 10 overs to spare.

Cook, who has averaged less than 30 in 14 one-dayers in 2014, managed a meagre 22 runs and offered little attacking intent in the field.

"People are entitled to their view," Cook told reporters. "That's the nature of the beast when you're on the outside. People believe what they want to believe. In our dressing-room, we've got to stay strong as a group."

England's seventh loss in their last eight one-day games prompted Botham to call for urgent action ahead of next year's World Cup in Australia and New Zealand.

"England do need to make changes and they've got to make them quickly," the former all-rounder told Sky Sports.

"Personally, I would bring in Alex Hales at the top of the order with Moeen Ali - so that means that the captain has to step down."

"I would make (Eoin) Morgan captain because I think that's just what he needs - I think he thinks a bit more out of the box."

"We are saying that the players that are here have a chance to prove their worth for the World Cup. But from what we've seen so far, if we are not careful, we won't make the latter stages of the World Cup."

England trail the seven-match series 2-0. The tourists won the toss and opted to bat in a match shortened to 45 overs due to showers, but they were reduced to 37 for three inside the first 10 overs with part-time off-spinner Tillakaratne Dilshan removing both openers.

Flags flew at half mast at the R. Premadasa Stadium and a minute's silence was observed before the match in memory of Australian Phillip Hughes, who died on Thursday after being hit on the neck by a bouncer.