The cricketing world is mourning the death of the Australian batsman Phillip Hughes. 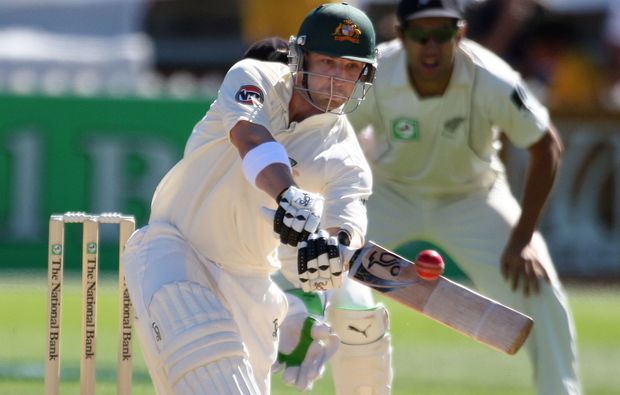 Phil Hughes playing against the Black Caps in 2010. Photo: Photosport

Hughes died Thursday evening after being struck in the head by a bouncer while playing for South Australia against New South Wales on Tuesday.

Cricket Australia made the announcement and said the organisation's thoughts go out to Hughes' family, friends and the entire cricket community.

The 25-year-old underwent surgery to relieve pressure on his brain but never regained consciousness.

Australian Cricket team doctor Peter Brukner says Hughes was not in pain before he died and was surrounded by his family and close friends.

Cricket Australia has offered counselling to players who witnessed the incident, including Sean Abbott, the paceman who bowled the bouncer that struck Hughes, the AAP reports.

New Zealand Cricket and the International Cricket Council say they are shocked and saddened by Hughes' death.

ICC chief executive David Richardson says cricketers everywhere will be devastated and the council's thoughts are with everyone affected by the tragedy.

New Zealand Cricket chief executive David White says cricket is a game of kinship and friendship, and his condolences are with Hughes' family and friends.

Play on the second day of the third Test between the Black Caps and Pakistan was called off out of respect.