The former All Blacks centre Aaron Mauger will take over as coach of the English Premiership club Leicester Tigers next season.

33-year-old Mauger, who played 45 Tests for the All Blacks, spent three years with the Tigers from 2007, and he's currently the Crusaders assistant coach. 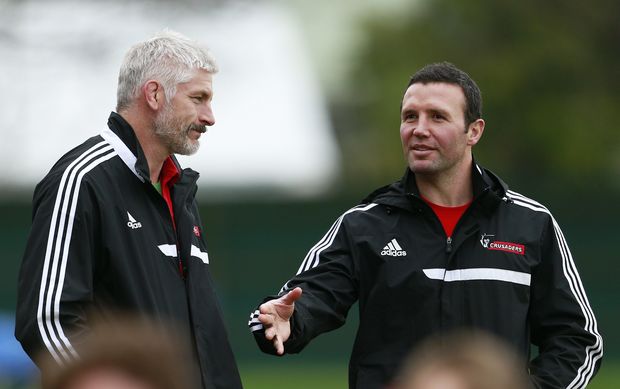 Mauger, who will complete his third Super Rugby season as Assistant Coach with the Crusaders in 2015, played 53 games for the Leicester Tigers between 2007 and 2010 and captained the side for much of the 2008 and 2009 seasons.

He says it is a dream opportunity to return to a club that he is so fond of, in a head coach capacity. "I have awesome memories of my time at Leicester as a player and it is a place I will very happily return to."

"I feel incredibly lucky to have the chance to do that as the head coach for the club and the timing is right for me to grab that opportunity. My aim is to help create the framework for Leicester to once again be amongst the top clubs in European and world rugby."

"I am loving being part of the coaching team at the Crusaders and still learning so much here, so it was not an easy decision to make. But I still have a whole Super Rugby season ahead of me to enjoy with this team, and then I know that the move to Leicester is the right thing to do for my coaching career. I would love to come back and coach in New Zealand long-term and I believe that this overseas experience will help me to do that and to become a better coach," Mauger says.

Mauger has signed a three-year contract, which will start after the 2015 Super Rugby season.