Ben Flower has been found guilty of gross misconduct by his club Wigan after his attack on St Helens playmaker Lance Hohaia during October's Super League grand final. 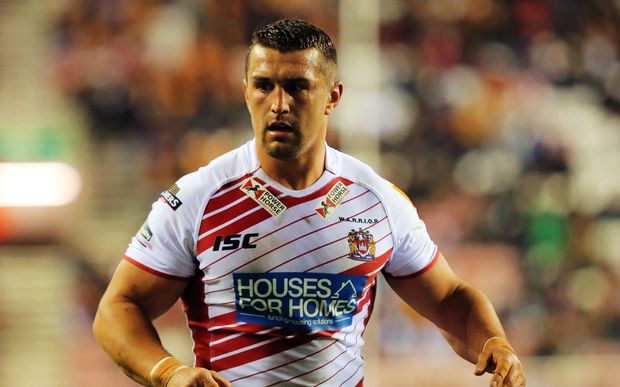 The Warriors' prop has escaped dismissal, though, and has been fined half his wages for three months.

The Super League club added that a 50 per cent wages fine for a further three months had been suspended, on the proviso that he could "return ... to his previous good (disciplinary) record".

Flower was sent off after twice punching Hohaia in the face during the Old Trafford decider and was later banned by the Rugby Football League (RFL) for six months.

It is the second heaviest ban of the Super League era.

Terry Newton, the late former Great Britain hooker, was suspended for 10 matches for knocking out Lee Gilmour and breaking Sean Long's cheekbone while playing for Wigan against St Helens in 2005 but the ban was extended to seven months when his appeal was rejected.

Flower apologised for his actions the day after the final.

After the announcement of the club's punishment, he said: "I fully accept this decision taken by Wigan. I deeply regret my actions and I am grateful for the support that my club has given me throughout this process.

"It is a relief to reach closure on the incident and I hope to move forward now and rebuild the trust of my club, teammates and the Wigan fans."