The New Zealand men's hockey team have finished their four test series against Japan with a 3-3 draw on the Kapiti Coast. 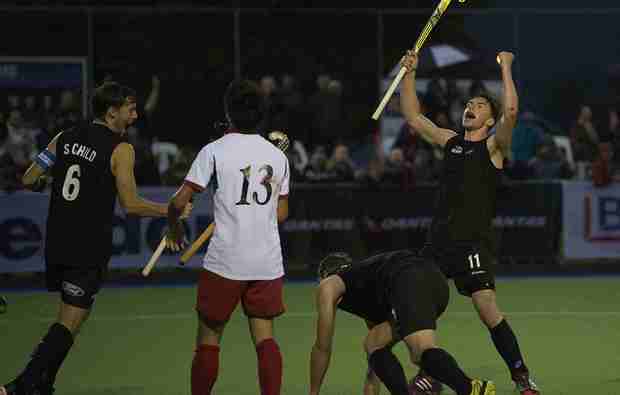 The Black Sticks had already claimed a 2-0 series win, after victories in the second and third games.

New Zealand were well placed to add a third game to their tally after leading 3-0 at half time, but Japan piled on the goals in the second spell with Daisuke Kusano scoring the equaliser in the final five minutes.

"It was nice to be 3-0 up at half time, but there were a lot of areas that I thought we needed to improve on, our passing I didn't think was very good in the first half, we needed to get the basics right on our press, things like that, so that's what we talked about at half time," said head coach Colin Batch.

"We still created some good opportunities I think, and Japan held off a very good goal from Simon Child right at the end which would have won us the game."

"But we didn't defend at all well in the second half and that was disappointing," said Batch.

"We have introduced a number of new players during the series to find out whether they are capable of playing at the next level, that was very much an aim of the tournament and from that point of view it worked well," said Batch.

It was a dream first half for the Black Sticks with Richard Bain scoring from a tight angle and giving the hosts a 1-0 lead at the end of the first quarter.

The good news kept coming New Zealand's way when captain Simon Child made the most of a loose ball in the circle, and through some brilliant individual work, gained control and flicked it low passed the keeper.

Whatever coach Keonwook Kang said to Japan at half time worked wonders, with the visitors scoring twice in quick succession through Ryohei Kawakami and Shunya Miyazaki.

The Black Sticks returned to form towards the end of the third quarter, retaining possession and connecting better with each other.

It was a dramatic final quarter, with the game opening up and Japan's Daisuke Kusano equalising with four minutes left on the clock.

New Zealand appealed for a penalty stroke in the final minutes but the umpire ruled it a penalty corner and the Black Sticks were unable to capitalise.