New Zealand's champion shot putter Valerie Adams has described the 2014 season as her toughest ever.

Adams is in Monaco for the IAAF 2014 World Athletics Gala where she is one of three athletes shortlisted for the women's Athlete of the Year award. 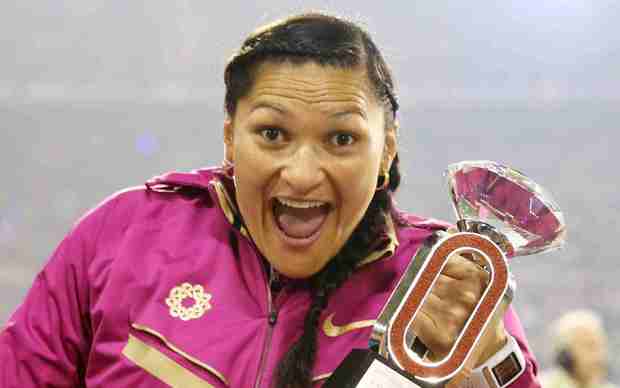 Adams remained unbeaten throughout 14 indoor and outdoor contests, stretching her winning streak to 55 competitions over four years and adding a third world indoor title and a third Commonwealth Games gold to her ever extending list of honours.

This year Adams continued to battle injuries including shoulder and elbow problems which forced her out of the IAAF Continental Cup and required two operations this October.

The 30-year-old has told the IAAF that this has definitely been her most challenging season as far as injuries go.

"Somehow I've been able to hold it down this year and compete to my best on the day. To come out of the year untouched and unbeaten has been fantastic given all my problems.

"I hope to continue that as long as possible, and as long as I'm enjoying it. But for now I'm just glad the 2014 season is over."

Adams is up against Ethiopia's middle and long-distance queen Genzebe Dibaba and Dutch heptathlete Dafne Schippers for the female athlete of the year award.