The All Blacks won't be sanctioned for displaying their support on social media for the Samoan rugby team who had threatened to boycott their game against England. 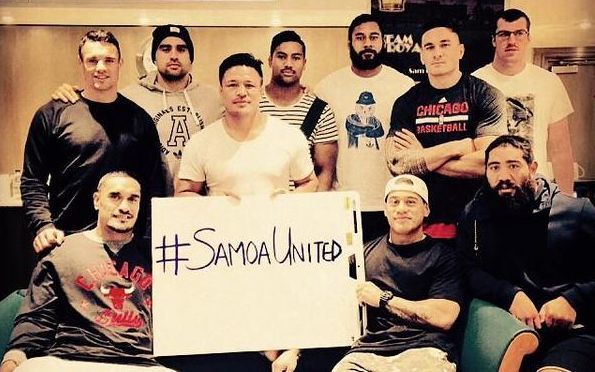 All Blacks show their support for Samoan rugby players in dispute with the Samoa Rugby Union. Photo: Twitter - @Kevenmealamu

The photo was posted on Williams' Twitter page, where he has 405,000 followers.

New Zealand Rugby says they have no problem with the Tweet because the players were not wearing All Blacks paraphernalia.

Last month a group of senior Samoa internationals raised concerns regarding the governance and management of the Samoan Rugby Union and threatened to boycott this weekend's Test against England at Twickenham if their grievances were not heard.