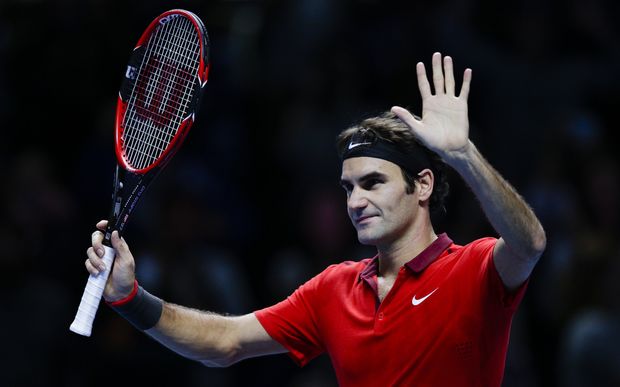 Six-times champion Federer survived a nerve-shredding battle before emerging victorious 4-6 7-5 7-6(6) in the standout match of the week at London's O2 Arena, although Wawrinka should have prevailed.

Serving at 5-4 in the final set Wawrinka lost his nerve and watched three chances to claim a rare victory against his close friend slip agonisingly by -- the second of which was a feeble volley into the net that will give him nightmares.

As an intense duel moved into the tiebreak both men looked out on their feet. Wawrinka had another match point at 6-5, this time on Federer's serve, but again he could not take it.

Federer then completed a remarkable two hour 48 minute victory in the coolest manner possible, producing a nerveless drop volley to end the contest.

"Kei was playing great and this has been the best season of his life but he made some crucial double-faults in the third set," Djokovic said.

The 27-year-old has won 31 successive indoor matches, including 14 at the Tour Finals.