Novak Djokovic sealed the year-end world tennis No.1 ranking and advanced to the semi-finals of the ATP Tour Finals with a 6-2 6-2 thrashing of the Czech Tomas Berdych in London. 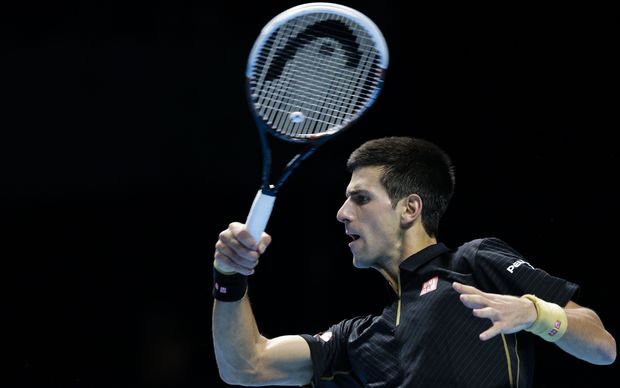 Novak Djokovic in action at the O2 Photo: PHOTOSPORT

The Serb was virtually guaranteed a semi-final berth before walking on court at the O2 Arena, but made doubly sure by cruising past Berdych in little more than an hour.

A day after Roger Federer dropped only one game beating home favourite Andy Murray to win Group B, Djokovic was also in ruthless mood to top Group A and guarantee ending the year ranked as world number one for the third time.

The Serb has now won 30 indoor matches in succession since the ATP World Tour Finals in 2012.

Djokovic, looking for a third consecutive title at the London year-ender, will face Japan's Kei Nishikori in the semi-finals on Sunday.

Federer will face Swiss team-mate Stanislas Wawrinka, who eased into the semi-finals by quickly securing the three games he needed against Marin Cilic.

Wawrinka came back in the third set to beat the Croatian 6-3 4-6 6-3, though he only needed the three games to progress.

Here is how the big three in men's tennis have dominated the past decade.