The Geraldine driver Hayden Paddon is close to confirming an expanded World Rally Championship programme for next year. 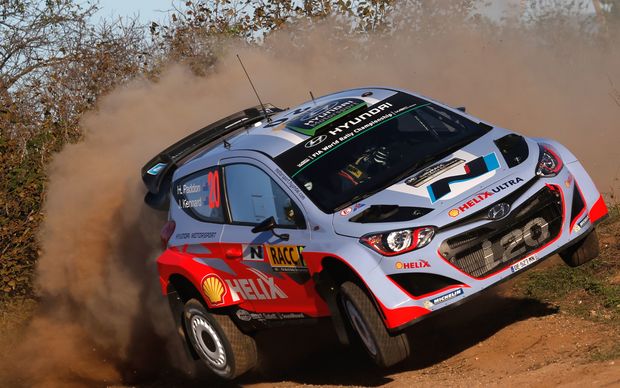 Hayden Paddon cornering in his Hyundai in Spain Photo: PHOTOSPORT

He's had some impressive results, including a maiden WRC stage win in last month's Rally of Spain.

Dani Sordo and Thierry Neuville have signed on for Hyundai for next year, meaning he won't get a full time drive with them.

Paddon has told the championship website that his WRC dream is alive and well.

He says they'll definitely be in the world championship next year in a World Rally Car, but there are a lot of details to be sorted.

The 27-year-old says it won't be a full season, because they won't be in Monte Carlo, instead the focus is to try and do all nine gravel rallies.

Paddon is believed to be talking to both M-Sport and Hyundai about next season.

He says the preference is Hyundai but there are some other options and hopefully they'll be able to announce something in the next couple of weeks.

This weekend's Rally Wales is the final round of the championship.