England's Rugby Football Union will be investigating reports that the Welsh referee Nigel Owens was subjected to homophobic abuse by supporters during the England-All Blacks match at Twickenham last weekend.

Owens, who is openly gay, is reported to have been targeted by fans during England's 24-21 loss to the All Blacks. 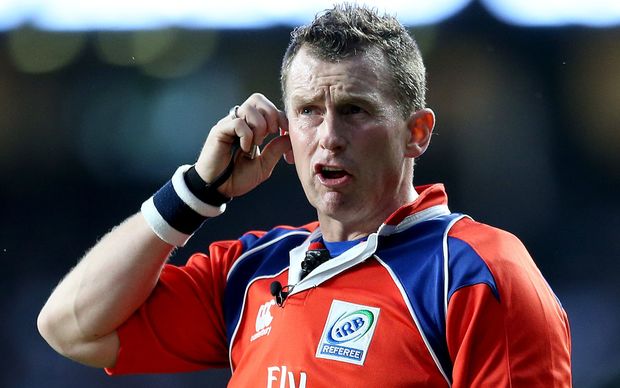 The matter first came to light when a spectator wrote a letter to The Guardian newspaper in which he accused a group of male fans of "hurling ... nasty, foul-mouthed, racist, homophobic abuse" at Owens.

Owens has called for supporters to be issued with stadium bans if allegations of homophobic abuse are proven.

He told the Daily Telegraph if someone has gone to the trouble to send a letter to the paper and say that this was disgusting and the behaviour was totally out of order, then I would think what they shouted was pretty bad and if that is the case then these people should be banned from the game.

He says they need to be told that some behaviour is not acceptable, that crossing the line of what is humour and banter is a fine line, but if you cross it then you have to put up with the consequences.