Qatar will be cleared of corruption during the 2022 World Cup bidding process when a Fifa report is published tomorrow according to the BBC.

It was alleged that Qatar won the staging rights after Fifa officials were paid $6 million to support its bid.

However, Fifa's independent ethics adjudicator, Hans Joachim Eckert, is not expected to recommend a revote.

Qatar was awarded the 2022 World Cup in 2010, beating bids from Australia, the United States, South Korea and Japan. 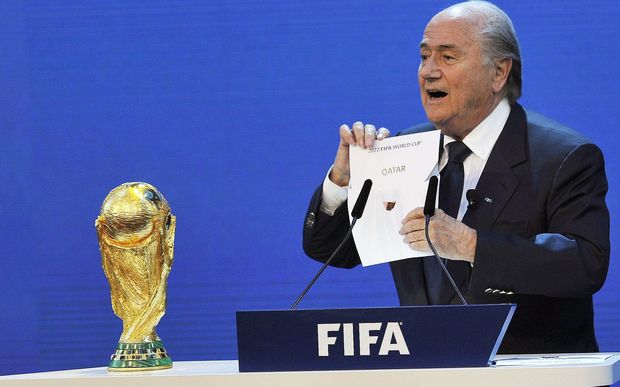 The decision was a surprise and eventually led to a number of corruption allegations.

The American lawyer was also tasked with looking into the bidding process for the 2018 World Cup, which will be staged in Russia.

Garcia interviewed individuals connected with all nine bids for the 2018 and 2022 tournaments and submitted a 430-page report to Eckert in early September.

The report has not only cleared Qatar, but is believed to admonish the English Football Association for its behaviour during the bidding process.

In the running for the 2018 tournament, the FA comes under fire for its relationship with former Fifa vice-president Jack Warner, who resigned in 2011, having been suspended pending an investigation into bribery allegations.

A senior FA source told the BBC that it will take stock of the report once it is published before commenting officially.

It is understood that the FA believes it was fully compliant with Garcia's investigation and thinks any transgressions that are contained in the report will be relatively minor.