The Kiwis are the new Four Nations rugby league champions after beating holders Australia 22-18 in the final in front of a crowd of 25,000 fans at Wellington's Westpac Stadium. 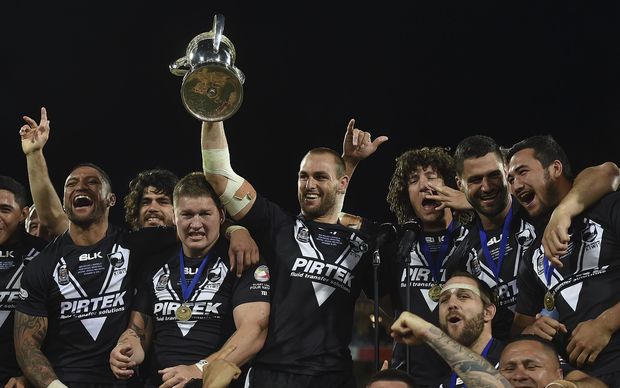 The hosts outscored the Kangaroos four tries to three, before holding off a fast-finishing Australia with desperate defence in the dying minutes.

Johnson was particularly impressive in the Kiwis victory, consistently cutting through the Kangaroos defence with bursts of individual brilliance and pace.

The forwards laid the platform for Johnson to weave his magic, with several late off-loads helping the hosts find plenty of metres up the middle of the ruck.

Australia opened the scoring through a try to Michael Jennings, with wing Sione Mata'utia and replacement Ben Hunt the Kangaroos other try-scorers.

It's also the first time the Kiwis have beaten the Kangaroos twice in a row since 1953, after outclassing Australia in their round robin match earlier in the tournament.