The Maori All Blacks have snatched victory with a last-minute try to beat Japan 20-18 in Tokyo and sweep the two-match series. 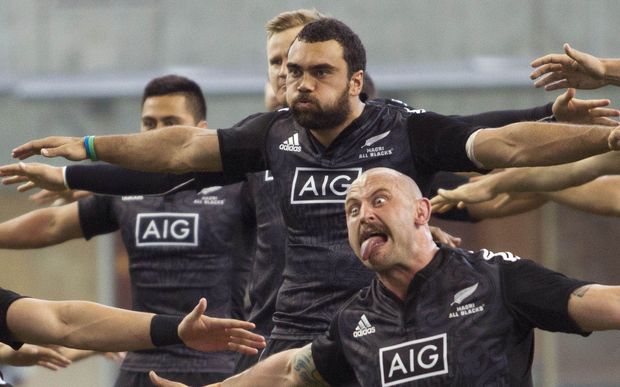 The Maori outscored their hosts three tries to two, but the Eddie Jones-coached Japan were a much better side than the one that capitulated 61-21 last week in Kobe.

The Maori hooker Codie Taylor showed great speed to score the first try of the match, and was followed across the line in the first-half by fullback Nehe Milner-Skudder.

Akihito Yamada got Japan on the board in the 38th minute with a try in the corner as the Maori took a 15-5 lead into the break.

As the second half commenced it became apparent that Yamada's try had galvanised Japan.

Like the week before, the hosts were again awarded a penalty try after the Maori collapsed a scrum that was surging towards their line.

The hosts kicked a penalty in the 52nd minute to draw level at 15-all before Japan claimed another three points with four minutes left on the clock to nudge in front.

With hope almost gone, the Maori forced the ball into touch 10 metres on Japan's side of half way and then took a quick through to where captain Charlie Ngatai hovered unmarked.

The No.12 drew in two defenders before flicking the ball in the tackle to Dan Pryor who tumbled over for the winner.