The All Blacks will get to wear their new jersey against Scotland in Edinburgh this weekend.

Often the All Blacks have had to play in a white jersey to avoid a clash with the dark blue of Scotland.

However Scotland have adopted a new alternate kit which is Red and Gold - symbolic of the lion rampant which is the Royal Banner of the Royal Arms of Scotland.

New Zealand will train in the white jumper one day this week.

The All Blacks have ditched their white collar.

The new adidas jersey was unveiled in London ahead of Sunday's Test against England at Twickenham. 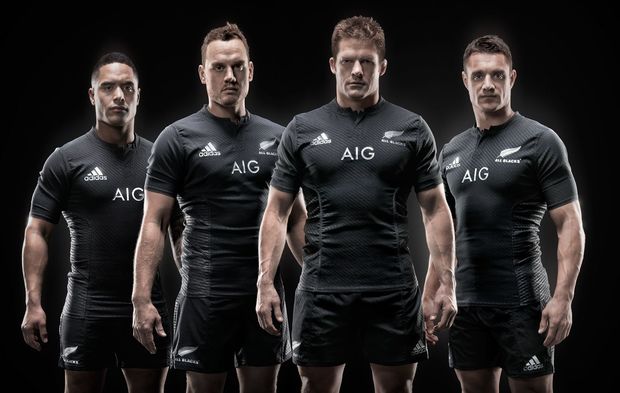 It has been described as the blackest jersey yet and adidas have designed two different shirts for forwards and backs.

The forwards jersey allows it to be gripped in the scrum, while the backs have a tighter fitting jersey.