The cash-strapped Caterham Formula One motor racing team is expected to race in the season-ending Abu Dhabi Grand Prix after missing the rounds in Texas and Brazil.

Caterham and Manor F1, who raced as Marussia this year and are also in administration, have both been named on a provisional 2015 championship entry list despite their problems.

A spokesman for the administrators said he's been struck by the commitment of Caterham's employees, who haved continued working unpaid at the team's factory in England.

The former motor racing driver and team owner Eddie Jordan says Formula One has failed its small teams and should be ashamed at the way some of them have been driven out of business.

The Irishman, whose small Jordan team gave Michael Schumacher his F1 debut in 1991, says the business should be about competition, but it's unfair and disgraceful the way the smaller teams are being treated. 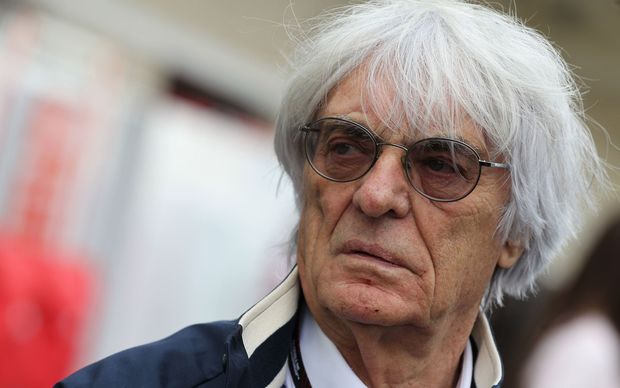 Jordan spoke after a weekend dominated by debate about the skewed division of the sports revenues, with the bigger teams receiving bonus payments on top of a substantial slice of the revenues, and talk of boycotts by teams fearing for their futures.

A report in the latest edition of Autosport magazine claims that Ferrari received an estimated $166 million in 2013 while Marussia were paid just $10 million and Caterham $31 million.

Both Marussia and Caterham went into administration before the last round of the world championship in Texas and did not compete, with their futures in doubt.

Formula One's commercial supremo Bernie Ecclestone says he wants to tear up all team contracts as talk of race boycotts and financial failure swept the US Grand Prix.

Inviting a select group of international reporters into his office for a 50-minute discussion about the latest of many crises to hit the sport, Ecclestone canvassed opinion while making suggestions of his own.

"We have to decide the best way to sort this whole thing out. Frankly, I know what's wrong but don't know how to fix it," he says. "(We) should tear all of the current contracts up...start again."

Ecclestone, who turned 84 last week, said he would be prepared to give up money if the teams were willing to do so to create a more level playing field and help the struggling smaller outfits survive.

However he indicated that vested interests, and the regulations that require unanimous agreement to make any changes for 2015, had tied his hands. He recognised he might be partly to blame for that.

"I've never felt helpless about anything. I'm not happy and we'll have to do something about it," says the Briton, his usual energy sapped by a dose of flu.

"I think the situation is such that if enough people want it resolved we can resolve it. It's a case of the people that are involved in the sport will have to want to look after the sport and be prepared to make some sacrifices.

"The problem is there is too much money probably being distributed badly - probably my fault."

Two teams have plunged into administration since last month's Russian Grand Prix, with Marussia and Caterham now seeking buyers willing and wealthy enough to pay off their considerable debts and bankroll their survival.

Formula One is no stranger to crisis, and more than 100 teams have gone bust or departed through the ages, but the latest difficulty is proving more intractable than most.

Force India, Sauber and Lotus may also be staring into the financial abyss and speculation swirled in Austin that they could take the drastic decision of boycotting the Abu Dhabi race to force the bigger teams into action.

They want all teams to have a basic budget to survive and compete in a billion-dollar sport where even the smallest outfits need around $80 million a year and the biggest spend more than $250 million.