Formula One's commercial ringmaster Bernie Ecclestone has warned the number of cars on the grid in 2015 could be reduced to 14 due to the financial crisis engulfing the sport. 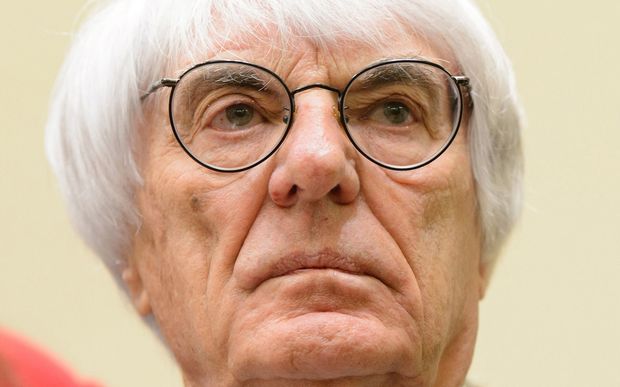 After the withdrawal of both the Caterham and Marussia teams for this weekend's United States Grand Prix, the grid for Sunday's 56-lap race at the Circuit of the Americas has been cut to 18, the smallest in a decade.

Both Caterham and Marussia have gone into administration during October.

"It could go down to 14," said Ecclestone. "If we lose another two teams that is what will happen.

In an interview with Sky Sports F1, Ecclestone, 84, was asked if he felt the sport needed to include smaller teams alongside the big names like Ferrari, Mercedes, McLaren and Red Bull.

"We need them if they are going to be there performing properly and not moving around with begging buckets," he responded.

He added that he was more concerned at the current V6 turbo engines and said they should be removed in another overhaul of the rules.

"We need to change the regulations," he said.

"Get rid of these engines because they don't do anything for anyone. They are not Formula One."

Meanwhile, many in the paddock are chewing over the possibilities for even running three-car teams to boost the numbers on the grid.

"It is a short-term fix, but a long-term disaster as far as I am concerned," said commentator and former driver Martin Brundle.

"I have been told that it would cost 35 million to 40 million to run an extra car next year and it won't probably be able to score points."

In a statement on Thursday, the sport's governing body, the International Motoring Federation (FIA) said struggles of Caterham and Marussia had raised questions about the sport's "economic balance".

It said the current crisis justified "any initiative that will help reduce costs in order to ensure the survival of the existing grid or attract potential new entrants".

On Friday, Sauber team chief Monisha Kaltenborn said the FIA had to "do its duty" toward the sport.

"I think I'm beyond the stage of frustration," she told reporters.

Her Sauber team and Lotus are both believed to have big debts.

Administrators for Caterham said on Friday that the team will be wound up if a new buyer cannot be found within two weeks.

A new American team run by Gene Haas is scheduled to enter F1 in 2016.