Bathurst 1000 winners Chaz Mostert and Paul Morris reckon it makes no sense and would be commercial suicide for Ford to exit the sport.

The dramatic victory on Sunday was both Mostert and Morris' first at Mount Panorama, but second for the factory-backed Ford Performance Racing outfit following Mark Winterbottom's breakthrough win last year. 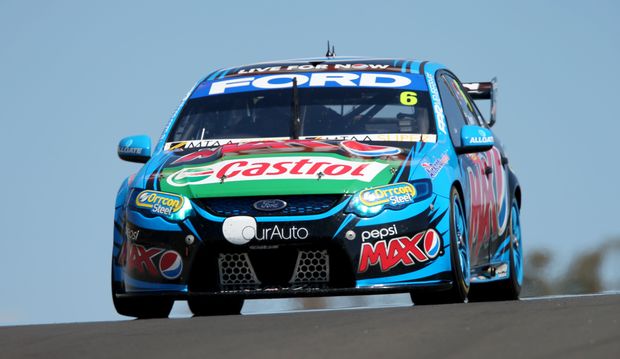 Reports emerged last Friday that Ford was planning to leave the sport sport when its sponsorship deal with FPR expired at the end of this year.

The Daily Telegraph said Ford are set to drop the V8 Supercars from their $65 million sponsorship programme in a move that will end iconic Ford v Holden Mount Panorama racing war.

Ford's future in the sport has been under a cloud since the American car giant announced the Falcon would be axed in 2016 after Ford's Australian factory closed.

Ford Australia boss Bob Graziano said the company was still in negotiations and would make an announcement after the season finale in Sydney in December.

Mostert, who won the great race at just his second attempt, was equally emphatic.

"It's a fantastic brand and our Supercars series has been built on the Ford-Holden Rivalry over the years." "So for them to go, it just makes no sense and I think it might kill the sport a bit."

Mostert believed his triumph should send a pretty strong message that Ford needed to stay.

The pair's Falcon started last on the grid and by lap 45 was lodged in a tyre barrier at the circuit's worn-down turn two.

But 10 safety cars, 13 pitstops and a one-hour suspension of the race to repair the damaged section of track helped to push them up the field.

It wasn't until the final few turns on the 161st and last lap that Mostert was able to pass championship leader Jamie Whincup, whose spluttering Holden was running on empty.

The 2014 race attracted 195,261 people, the second biggest crowd in its history, surpassed only by the 50-year anniversary celebrations in 2012.

Remarkably, Mostert only led from the final lap after he and co-driver Paul Morris started last on the grid - the lowest-ever position from which to win Bathurst.

No driver had previously won at Bathurst from further back than 19th - bettering the feats of Peter Brock, David Parsons and Peter McLead.

There was more drama in store as New Zealand's Shane van Gisbergen, who led for the majority of the race, was tragically denied a first Bathurst title when his car failed to start after a late pitstop. 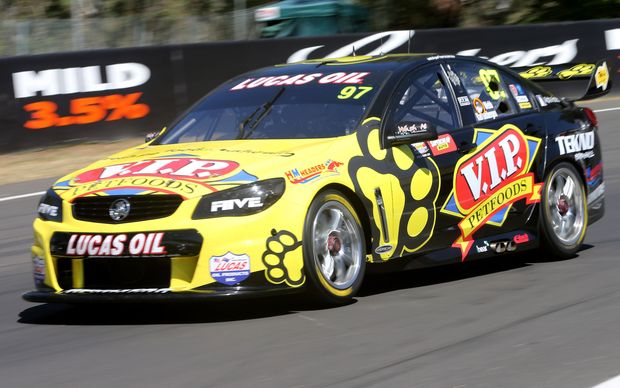 The race became a shoot-out between Whincup and Mostert, with Whincup desperately trying to manage his fuel with an increasingly quick Mostert breathing down his neck.

Ultimately, Mostert's extra fuel gave him the late burst he needed as Whincup looked to coast down the hill in the final lap.

Mostert found the gap he needed, speeding away from Whincup with half a lap to go to take out the title.

Whincup, who ultimately finished fourth, watched on as Moffat and Percat beat him to a podium finish.