New Zealand's GP2 driver Mitch Evans has come second in the feature race at the Russian Grand Prix beaten by Briton Jolyon Palmer who wrapped up the championship with the victory.

Evans started from sixth on the grid and passed Palmer twice during the 28 lap race before finishing just over a second behind the champion. 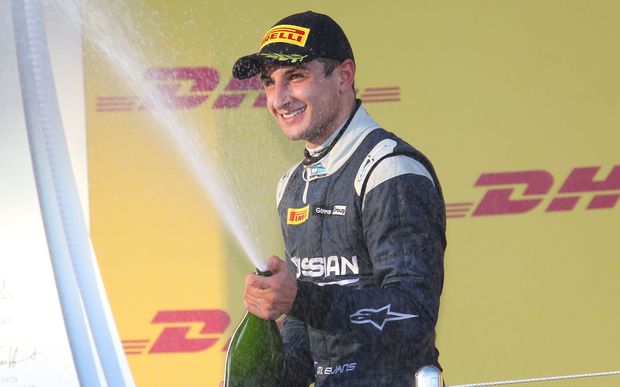 Despite being disappointed not to win what's affectively the Russian Time driver's home event, Evans said he was pleased to stand on the podium after starting in 6th.

On Sunday, the New Zealander will start the sprint race in 7th on the Sochi grid as he tries to cement 4th place in the championship.

In the GP3 feature race, Tauranga's Richie Stanaway finished 12th after starting from the pit-lane.

Stanaway is currently fifth in the driver's standings, but only four points behind second.

Following the sprint races in Russia, just one more event remains in the GP2 and GP3 calendars - in the United Arab Emirates at the end of November.