The New Zealand rugby sevens team has finished fifth in the opening round of the World Series on the Gold Coast.

New Zealand were beaten 31-7 by England in the quarter-finals, but then went on to win the Plate with a 39-5 victory over Wales and then a 36-21 win over Argentina in the final. 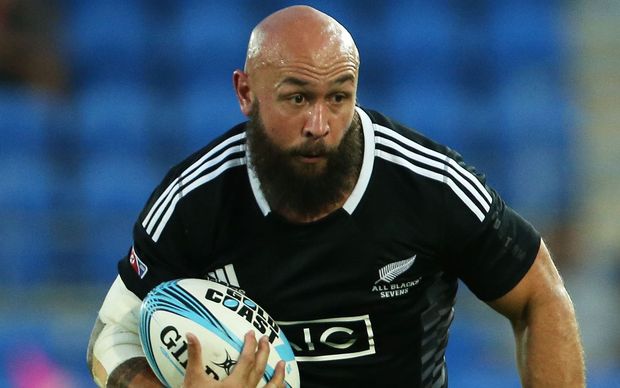 DJ Forbes on the charge against Samoa Photo: PHOTOSPORT

Fiji's Jasa Veremalua scored a try in the corner to seal a 31-24 win over Samoa in the final.

The Fijians raced into a 24-0 lead after four first half tries only for the Samoans to storm back to within two points in a pulsating finale before Veremalau put the game out of reach with his late score.

The victory put the Fijians, 2005-06 Series winners, on top of the table with 22 points, with the top four teams at the end of the season qualifying automatically for rugby's return to the Olympics.

Seven more places will be available in regional qualifiers.

The next round of the nine-event World Series will be played in Dubai in December, with South Africa, New Zealand, Japan, United States, Scotland, Hong Kong and England hosting legs.

New Zealand coach Gordon Tietjens says they went there with a few new players and it's a new level for them and I suppose we've got to get back on the horse and look to redeem ourselves in the next two tournaments in Dubai and South Africa.

New Zealand won the Gold Coast leg of the series in 2013 before going on to claim their 12th World Series title.