Australia has taken a 2-0 lead in the four-match Constellation Cup netball series against New Zealand after claiming a hard-fought 49-40 victory over the Silver Ferns in Melbourne.

In their first match on home soil since winning Glasgow Commonwealth Games gold, the Diamonds were made to work much harder for the second win of the series, though they still emerged with a comfortable nine goal margin at the end of the match. 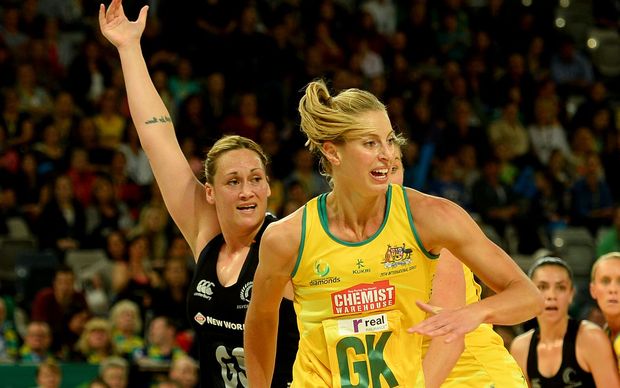 Goal shoot Caitlin Bassett was named Player of the Match for her strong performance to spearhead Australia's seventh straight victory over New Zealand.

Bassett finished the match with 33 goals at 83 percent accuracy as she again proved too difficult for the Silver Ferns defenders to curtail. 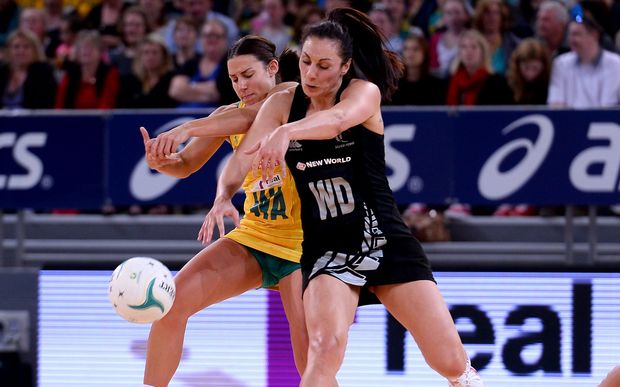 The Diamonds captain Laura Geitz praised the Silver Ferns performance after Australia had easily won the previous two contests by 18 and 17 goals respectively.

Geitz said the Diamonds are now focused on clinching the Constellation Cup in Game 3 in Sydney this weekend.

As they did in the opening Test at Invercargill, the Diamonds got away to a quick start and led by four goals and 11-7 at the first break.

At the start of the second term the Silver Ferns handed a Test debut to ex-Queensland Firebird Ameliaranne Wells, who replaced Bailey Mes at goal attack, and the 25-year-old scored with her first attempt in international netball.

The Diamonds got away to a six-goal lead early in the term before the Silver Ferns pegged the deficit back to three at the main break thanks to some great defensive pressure in the midcourt and accurate shooting by Catherine Latu, who shot at 100 per cent for the half, and Wells.

Caldwell shot the first three goals of the third term to quickly extend the Diamonds' half-time lead out to 10 goals mid-way through the quarter.

But the Silver Ferns refused to wilt and enjoyed a strong period of play late in the term to close the margin to five goals before a late Bassett goal gave the Diamonds a 35-29 heading into the last quarter.

After Bassett scored the opening goal of the final term, the Silver Ferns kept surging through Latu and Wells as they made the Diamonds pay for some crucial errors to close to gap to just two goals in the early stages of the quarter.

But the Diamonds again steadied and were able to pull away to an advantage the gallant Silver Ferns just couldn't comeback from.

Caldwell was on target in the last term to finish the match with nine goals at 90 per cent accuracy in her first match in the green and gold in front of her home Melbourne crowd.

In an impressive performance, Latu finished the match with 25 goals at 100 per cent accuracy while Wells looked solid on her international debut with 14 goals.

The series now heads to Sydney for game three on Saturday night before the fourth and final match in Auckland on Tuesday.