First-five Dan Carter's All Blacks return has hit another snag with the playmaker ruled out of Canterbury's provincial rugby clash with Taranaki on Sunday. 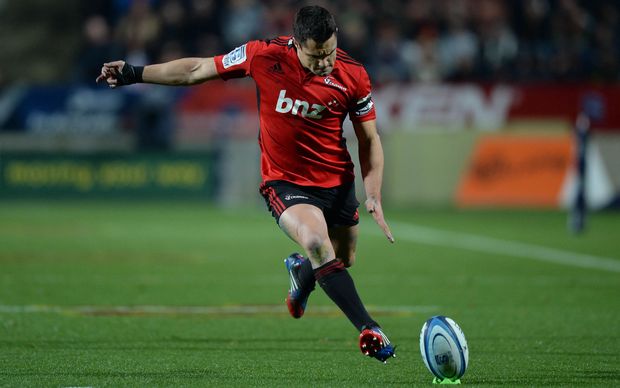 The Canterbury coach Scott Robertson confirmed the pivot's leg injury means he won't be selected for the game, however he was optimistic the All Blacks star would be fit for the Premiership semi-finals the following weekend.

The Test veteran fractured his fibula in the Super Rugby final in August.

Robertson says Carter's been running but is still feeling discomfort in his right shin.

Robertson says the bone hasn't been re-damaged but he confirmed Carter was still feeling pain in the same area.

He says they made the call that Carter shouldn't travel to New Plymouth for the match against Taranaki.

"We just made the call to give him extra time to get this right and there is every chance he will play in the semi-final.''

"With two other 10s coming back into the squad we want to give Dan maximum time to be at his peak.''

Tom Taylor and Colin Slade, who can both play at first five-eighth, return to Canterbury following All Blacks duties.

Carter has only played 40 minutes for Canterbury this season and the All Blacks coach Steve Hansen said several days ago Carter was unlikely to be considered for next weekend's test against the Wallabies in Brisbane.

This latest setback should confirm his scratching from the Bledisloe Cup dead rubber.

Since returning from sabbatical in late June Carter has played just two games for his Southbridge club and five matches for the Crusaders.

His last All Blacks test - his 100th - was against England in London last November.

Robertson will name his side to play Taranaki tomorrow and says he's still deciding whether to start Taylor or Slade at first-five.

Meanwhile the injured All Blacks lock Luke Romano, who broke his fibula playing for the Crusaders, has started running but may not be fit for the playoffs.