The Silver Ferns coach Wai Taumaunu concedes her side's gone backwards since the 58-40 point thrashing at the hands of Australia at the Commonwealth Games two months ago.

Last week's 59-43 loss in Invercargill to the Diamonds was hard to take for Taumaunu given the preparation time the side had and the supposed desire to turn around the Glagow humbling.

The two side's play again tonight in Melbourne in the second test of the four match Constellation Cup and Taumaunu isn't talking about reducing the deficit but rather calling for New Zealand to turn in a more structured performance.

"That's absolutely what I'm saying. I want to see a better performance, I think we let ourselves down. I think our skill execution was poor I think our application in areas was poor and I was hugely disappointed we wilted through the middle (of the court) andt hat's not something I've seen in this side before, so that was my greatest disappointment." 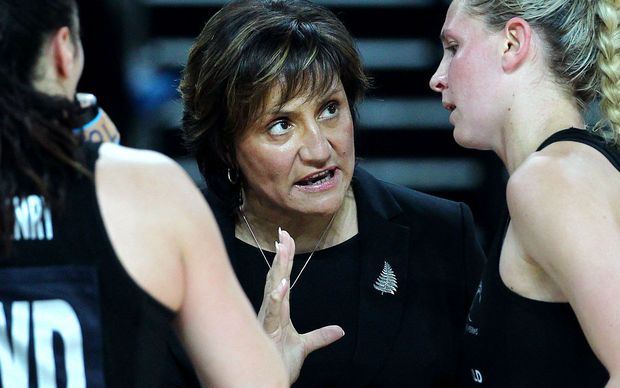 Silver Ferns coach Wai Taumaunu says there's be no "yelling and screaming" in their wake of two humiliating losses to Australia. Photo: Photosport

Taumaunu believes if they can stick to the complete their basic skills as required they will be able to reduce the deficit.

Despite the two latest humiliating loss Taumaunu says she hasn't been yelling and screaming at her charges.

"I know my reputation is for that but when you have some evidence and you're watching the tape you don't need to be jumping up and down and yelling and screaming."