The Astana cycling team are withdrawing from the season-ending Tour of Beijing following Maxim Iglinskiy's positive test for the banned blood-booster erythropoietin (EPO). 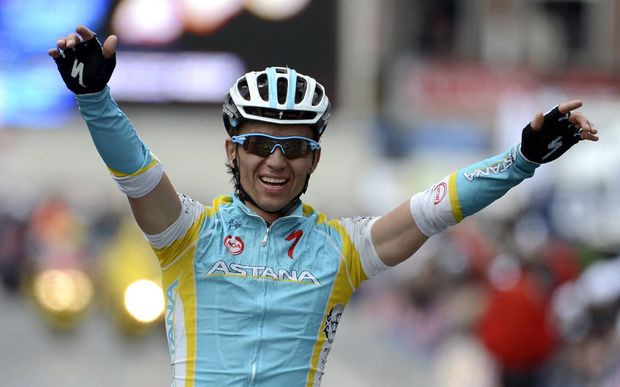 "Astana Pro Team has moved to act upon the decision by rider Maxim Iglinskiy not to request a counter-analysis of his positive control from 1 August 2014," the Kazakhstan funded team said in a statement.

"In doing so the team conforms to rules set by the MPCC, which Astana Pro Team joined in 2013, and has therefore decided to withdraw from the final World Tour event - the Tour of Beijing."

Astana are a member team of the Mouvement Pour un Cyclisme Credible (Movement for Credible Cycling), which enforces stricter anti-doping rules than those of the World Anti-Doping agency (WADA).

MPCC regulations state that a team must suspend themselves from racing for eight days in the case of multiple positive tests in the past 12 months.

Self suspension begins on the first day of the next World Tour race, meaning Astana will miss the Tour of Beijing which starts on Saturday.

Iglinskiy was one of Vincenzo Nibali's team mates on the Italian's victorious ride on this year's Tour de France.