Organisers of Formula One's Japanese Grand Prix have come under renewed criticism with former world champion Alain Prost weighing in to decry errors leading up to the crash that left French driver Jules Bianchi with a brain injury.

Bianchi remains in a critical but stable condition at the Mie General Medical Center in Yokkaichi. 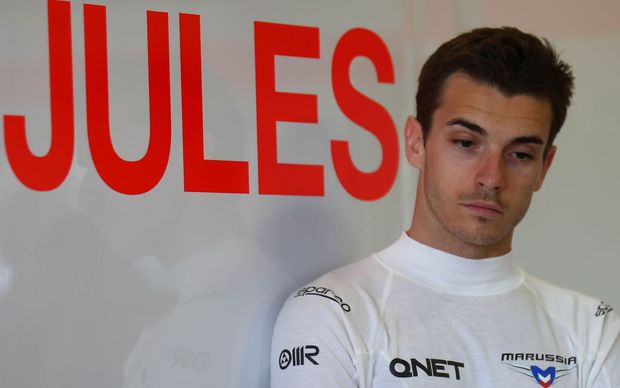 Bianchi suffered the injury in a high-speed crash into a recovery vehicle which came onto the side of the track near the end of Sunday's rain-hit race at Suzuka.

Prost, who was not present at the race, told Europe 1 radio the removal truck should never have been there.

Formula One has regularly been rocked by debate over open-top cockpits, which offer drivers little head protection.

Organisers have also come in for criticism over the timing of the race, which went ahead despite torrential downpours caused by an approaching typhoon.

Drivers repeatedly complained they could not see properly because of the spray and the fading light.

Bianchi's parents Philippe and Christine flew to Japan to be at his bedside and they were joined on Tuesday by celebrated French surgeon Grard Saillant, who treated Michael Schumacher after his near-fatal skiing accident last December.

The race on Sunday was stopped shortly after Bianchi's crash with championship leader Lewis Hamilton, who was leading at the time, declared the winner.

Many people including current drivers have lambasted officials for allowing the race to go ahead but former Formula One driver Gerhard Berger disagrees.

Berger raced in the 1991 Australian Grand Prix that was called off due to rain and he was also racing the day that Ayrton Senna died.

The Austrian believes the incident wasn't a result of the weather but rather a tragic accident.

It's the most serious accident in Formula One since Brazilian Felipe Massa suffered near-fatal head injuries in Hungary in 2009 after being hit on the helmet by a bouncing spring shed from a car in front.

Massa made a full recovery from that incident and was racing for Williams at Suzuka this weekend.