Finally, after a 43-year wait, it's Glory, Glory to South Sydney, with the Rabbitohs last night breaking the National Rugby League's longest drought between Premiership titles. 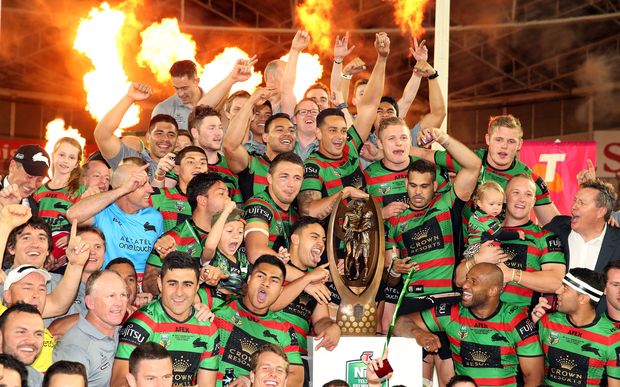 South Sydney prevailed 30-6 over the Canterbury Bulldogs in an epic decider at ANZ Stadium - a victory for the ages marked by a Sam Burgess performance that will go down in rugby league folklore.

Watched on by the man who brought him to Australia - Hollywood superstar and Souths co-owner Russell Crowe - Burgess produced a gladiatorial performance, playing all bar a few seconds of the contest with a broken cheekbone.

In his last game before embarking on a switch to rugby union, Burgess evoked memories of Souths great John Sattler's effort to play all but a few minutes of the 1970 decider with a broken jaw - which came just one year prior to the Bunnies' last title.

Having survived a concussion test earlier in the game - George's devastating 20m run to beat four defenders and break a 6-all deadlock with just over 20 minutes remaining is sure to be replayed for years to come.

Replayed not only for its brutality, but also for its meaning.

After years of struggle - which included two years when they were booted out of the competition as a result of the Super League war, the pride of the league was once again at the summit.

But it was a victory with greater struggle than was warranted, after failing to put the Bulldogs away despite a dominant first half.

South Sydney's only error of the half came in the final seconds before the break, but they were left clinging to a 6-0 as they headed to the sheds as winger Alex Johnston continued his prolific rookie campaign.

Denied a sixth-minute try to Lote Tuqiri after Adam Reynolds was judged to have gone high in producing a Sam Perrett knock-on, Souths would have been dirty with themselves that they only had one try to their name at the break.

With a halftime spray from coach Des Hasler, in his fifth grand final in the past eight years, ringing in their ears, the Bulldogs soon exacerbated that wastefulness.

A deft Josh Reynolds grubber found a trailing Tony Williams to level the scores nine minutes after the restart, and many in the 83,833 crowd - the largest for a grand final since the ground was reconfigured - were stunned that it was suddenly game on.

But George Burgess left his mark seven minutes later, an Adam Reynolds penalty pushing the lead beyond a converted try.

Graham's head claimed another victim with Dave Tyrell flattened with a suspected broken jaw, but they were unable to make a similar dent on the scoreboard - the Bunnies kick-starting the party with Kirisome Auva'a touching down seven minutes from fulltime.

There was time for another pair of four-pointers by Reynolds and Greg Inglis, a tear-filled Sam Burgess signing off with conversion attempt after the siren that just sailed wide.

Earlier the Junior Warriors won the grand final of the National Rugby League's Under 20's competition, beating the Brisbane Broncos 34-32 in Sydney. 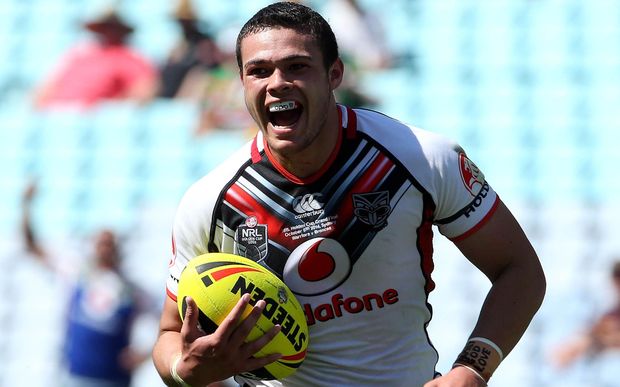 Solomone Kata scored three tries in the first half for the Warriors, helping them to a 22-6 half time lead, before the 30 degree heat in Sydney seemed to send the under 20 side to sleep.

The Broncos mounted a furious comeback in the second half scoring five tries to the Warriors two to come within a conversion of drawing the scores level.

Jayden Nikorima missed the vital kick for the Broncos in the 78th minute to give the Warriors their 3rd title from four appearances in the final since the competition began in 2008.