The former Australia rugby coach Robbie Deans has indicated he would like to lead the All Blacks again one day and believes his five years with the Wallabies have only improved him as a coach. 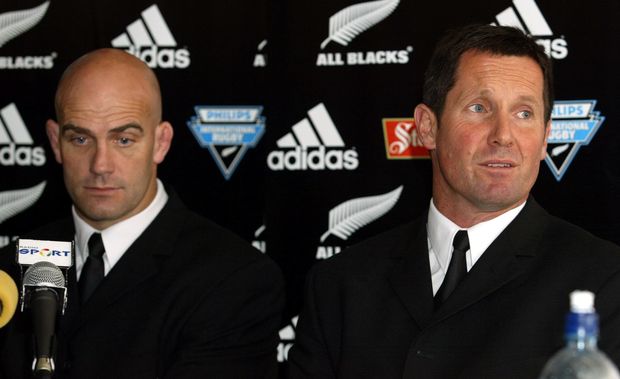 Deans, who was an assistant under John Mitchell from 2001-2003, applied for the All Blacks job in 2007 but was overlooked for the then incumbent coaching panel of Graham Henry, Steve Hansen and Wayne Smith.

He then crossed the Tasman Sea for an interview at Australian Rugby Union headquarters and was immediately appointed to the Wallabies, starting in 2008 after a successful tenure at Super Rugby's Crusaders.

The 55-year-old Deans resigned after the Wallabies lost to the British and Irish Lions last year and took some time off before linking up with Panasonic Wild Knights in Japan.

The former All Blacks full back, who is promoting his biography, told Fairfax media he would give serious consideration to reapplying for the job when it becomes vacant and felt his Wallabies' experience had made him a better coach.

Deans says he thought his apprenticeship was pretty well complete prior to taking on the Wallabies and every experience adds value, not only in knowledge but with your skill set too.

Deans will have to wait until at least after next year's World Cup in England, and possibly longer, to apply for the most high-profile job in world rugby.

Hansen was appointed following the successful 2011 campaign and has fashioned an impressive record with the team.

The All Blacks have lost one of their 36 games in Hansen's tenure, winning 33 and drawing two.

He is contracted until the 2015 World Cup but has given no indication publicly as to his plans beyond that.

Deans added that having coached New Zealand's trans-Tasman rivals should not count against him if he did apply for the job the next time it becomes vacant.

He pointed to Henry and Hansen having coached Wales before joining the All Blacks in 2004.