The All Whites defender Ben Sigmund has announced his retirement from international football.

Sigmund has played 32 times for his country over a period of 14 years. 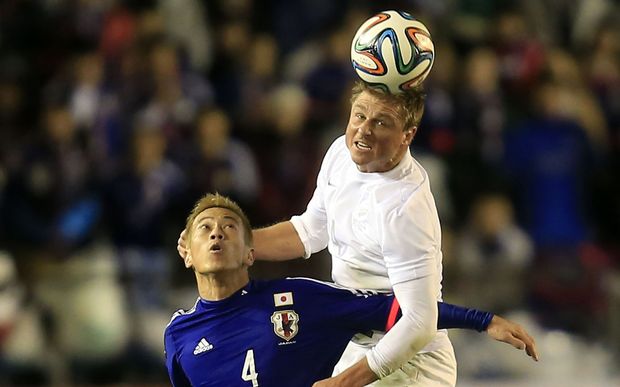 The 33-year-old says a comment from his four-year-old son recently tipped him into retirement.

After his return from Tashkent earlier this month, his son Cameron commented how glad he was to have him home.

Sigmund says it was an emotional moment and just confirmed something he had been thinking about for some time - that it was time to call quits on his time with the All Whites.

He says making the decision a little easier was the realisation that he had no chance of playing in the next World Cup four years from now, and that he had not got on the field against Uzbekistan last month.

Sigmund says he'll still be playing for the Phoenix and while they're away in Australia every other week, it is usually only for weekends.

He says he respects the fact that new All Whites coach Anthony Hudson is looking to the future and there are plenty of senior players in the squad to mentor the young ones coming through.

Sigmund says the best moment of his international career was the win over Bahrain that qualified them for the 2010 World Cup finals.