The Canterbury Bulldogs will face the South Sydney Rabbitohs in next weekend's National Rugby League grand final, after the Bulldogs overcame the Penrith Panthers 18-12. 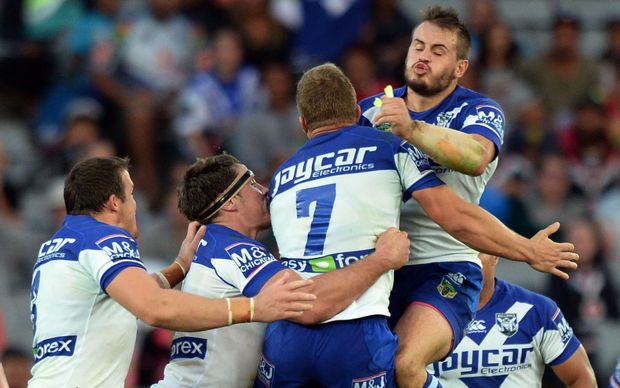 Penrith set up a thrilling finish when flying winger Dallin Watene-Zelezniak cut the margin to six with eight minutes left, but were left to rue three critical Jamal Idris mistakes.

In the end, the brick-wall blue and white defence led by inspirational Canterbury prop James Graham proved too strong.

It's the Bulldogs second grand final appearance in three seasons under coach Des Hasler, with their 2012 campaign ending in disappointment against Melbourne.

Two of the proudest and best-supported clubs in the league, South Sydney and Canterbury have only faced off in a grand final once before, in 1967, a match won by the Rabbitohs.