Things are looking up for West Bromwich Albion as they recorded back-to-back English Premier League football wins for the first time in 12 months with a 4-0 victory over Burnley. 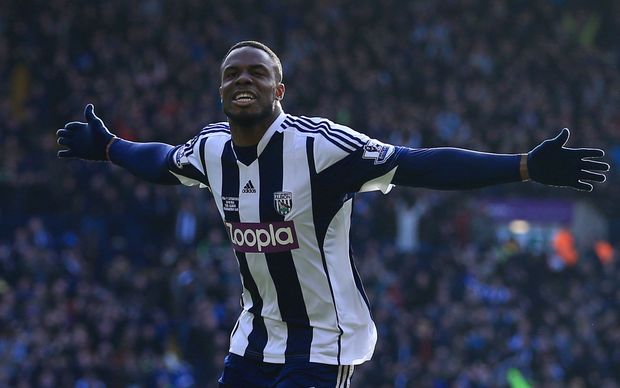 Saido Berahino scored either side of halftime after Craig Dawson had handed the hosts the lead after 30 minutes, while Graham Dorrans added a final flourish at the death.

West Brom are now 10th in the table with eight points after consecutive victories that will give them a much-needed fillip ahead of games against Liverpool and Manchester United.

The result, after last weekend's win over Tottenham Hotspur and the midweek League Cup victory over Hull City, continues to lift the pressure on West Brom boss Alan Irvine.

Having taken over in the close-season and overseen a radical squad overhaul, the knives were out early for the Irvine who had never managed a top flight club before signing a one-year deal at West Brom in June.

Against Burnley, his cause was helped by the visitors' inability to deal with corners as Dawson headed home Chris Brunt's centre before Berahino nodded in James Morrison's set piece in first-half stoppage time.

Berahino made it 3-nil with an angled shot across keeper Tom Heaton and Dorrans gave the scoreline a more emphatic gloss with a drilled low finish.

Things are now looking increasingly bleak for Burnley, who are winless and bottom of the table with three points after six games back in the top flight.

Chelsea maintained their three-point Premier League lead with a 3-0 thrashing of Aston Villa, while Wayne Rooney was sent off in Manchester United's 2-1 win over West Ham.

Liverpool drew 1-1 with Everton in the Merseyside derby, while in the North London derby, Arsenal came back to also draw 1-1 with Tottenham Hotspur.

Crystal Palace climbed above Leicester City to eighth with a 2-0 home win, while Sunderland and fourth-placed Swansea City played out a goalless draw.