The provincial Championship leaders Manawatu have upset Premiership side Waikato in a nailbiting inter-divisional rugby match in Hamilton.

The suspended All Blacks first five eighths Aaron Cruden was on the sidelines for Manawatu, helping out as the waterboy, as the Turbos scraped past Waikato 22-20. 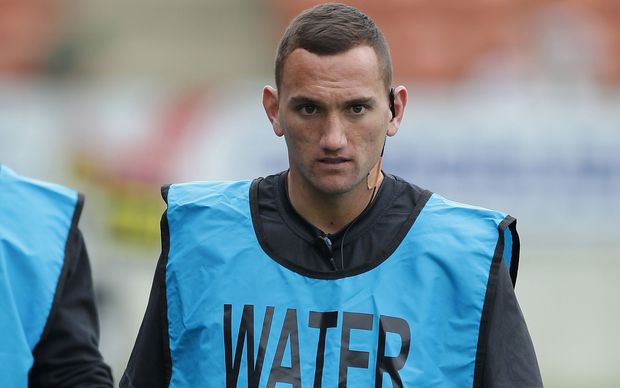 Both teams scored a try apiece, to Waikato's Joe Webber and Manawatu's Jason Emery, but it was the Turbos who won thanks to a conversion from Jade Te Rure, getting a start for the in-form Otere Black.

Te Rure also kicked two penalties and Black slotted three after he came on, while Waikato kicker Damian McKenzie could have stolen a win with a penalty four minutes from time, but the under-20s star missed. McKenzie contributed five penalties.

The victory for Manawatu sees the Turbos boost their chances of a home semi-final and promotion, while the defeat puts a massive dent in Waikato's semi-final hopes in the top division.

With two games remaining, the Mooloos are four points behind fourth-placed Auckland, who have a game in hand, while Tasman and Canterbury look certainties to join Taranaki in the semi-finals now.