The All Blacks first five Dan Carter will play his first game for Canterbury in five years against Southland in Christchurch on Sunday.

Carter broke his leg playing for the Crusaders in last month's Super rugby final against the New South Wales Waratahs. 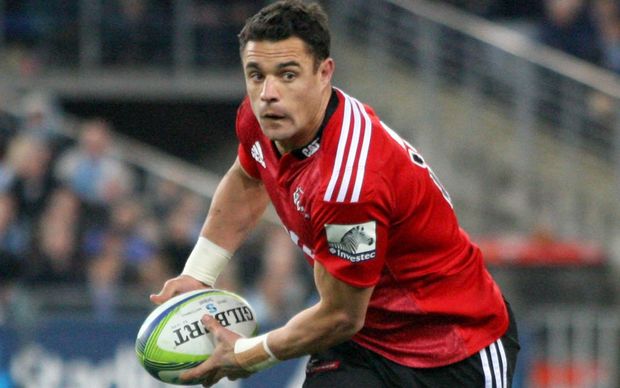 On All Blacks coaches orders he'll only play the first half and will carry out the goalkicking duties.

After limping off against England at Twickenham last year in his 100th test Carter took a seven month sabatical, missing most of the Super rugby season.

He returned for the Crusaders late in the season but then broke his broke his leg in last month's final against New South Wales and says he's itching to get back.

He's targeting a return at international level in the third and final Bledisloe Cup test against Australia in Brisbane next month.

Meanwhile All Blacks hooker Dane Coles has become a father, with his partner giving birth to baby boy this afternoon.

Coles, returned from Argentina earlier this week where he was due to play the Pumas, so he could be at the birth.

Coles is due to re-join the All Blacks in South Africa next week.