The All Blacks have maintained their five year unbeaten run at home after edging out South Africa 14-10 in Wellington.

To the crowd of 35,747 at Westpac Stadium, the narrow victory never looked certain for the home side as South Africa's defence refused to yield to the All Blacks' relentless attack. 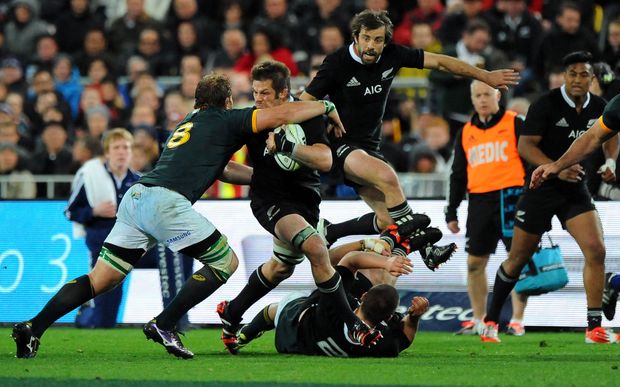 In fact, the Boks led 7-6 at half time after winger Cornal Hendricks ghosted through a gap to score the only try of the first half.

In the second spell, the All Blacks continued to pound on the visitors' defencive line and gradually built momentum through the contact zone.

But it required a touch of creativity for New Zealand to turn the pressure into points.

Hot on attack in the Springbok's 22, Aaron Cruden lobbed a wipers kick out to Kieran Read on the wing.

The big number eight held his feet long enough in a Jean de Villiers tackle to off load to his captain Richie McCaw who looped around Read to score in the corner.

The Springboks added a drop goal and the All Blacks a penalty before the visitors pitched camp in the All Blacks' 22 for the final ten minutes.

After the match the All Black coach Steve Hansen marked his team's character A+ for withstanding South Africa's final desperate assault on the try-line. 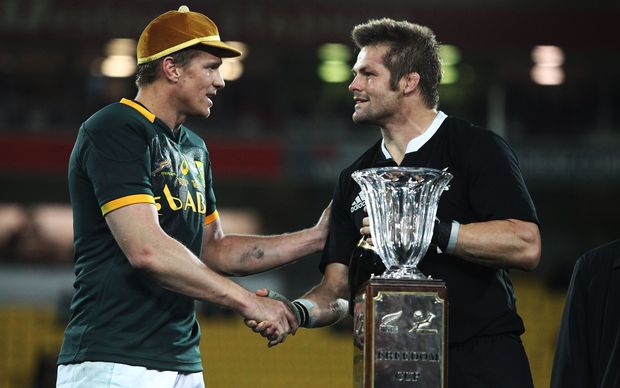 With a fortnight before the All Blacks' next game against the Pumas in La Plata, New Zealand can rest on a six point lead in the Rugby Championship and savour the chance to wrap up the series before their next encounter with South Africa on October the fifth in Johannesburg.