The United States have moved a step closer to retaining basketball's World Cup after beating fourth ranked Lithuania 96-68 in Barcelona to reach the title match. 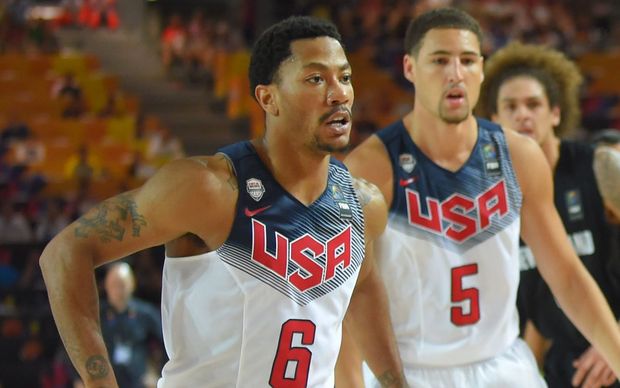 Guard Kyrie Irving had 18 points while Klay Thompson and James Harden both contributed 16 and for the Americans, who also beat Lithuania in the semi-finals of the 2010 Worlds en route to their title in Turkey.

The US will be playing in their eighth final on Monday morning and shooting for their fifth title overall.

They will take on the winner of Saturday's second semi-final between Serbia and France.

Yugoslavia were the last nation to defend the world title when they were crowned champions in 1998 and 2002.

Lithuania were led by Mindaugas Kuzminskas with 15 points - three more than he had scored in total coming into the game - while Jonas Valanciunas had 15 points and Adas Juskevicius added 12.

The Baltic team, who committed 21 turnovers, will take on the loser of the second semi-final for third place on Sunday.

The defending champions pushed the advantage to 10 points at 32-22, but Kuzminskas was one of the few Lithuanians who was effective in the second quarter in keeping the game close and the first half ended with the US up 43-35.

The Americans wasted no time putting away Lithuania in the second half, however, scoring the first 10 points of the third quarter.

The advantage continued to grow throughout the third quarter and the lead was 76-49 with 10 minutes to play.

The champions were never threatened after that.

Holders the United States ran riot in a 119-76 win over Slovenia while Lithuania beat Turkey 73-61 to set up a mouth-watering basketball World Cup semi-final. 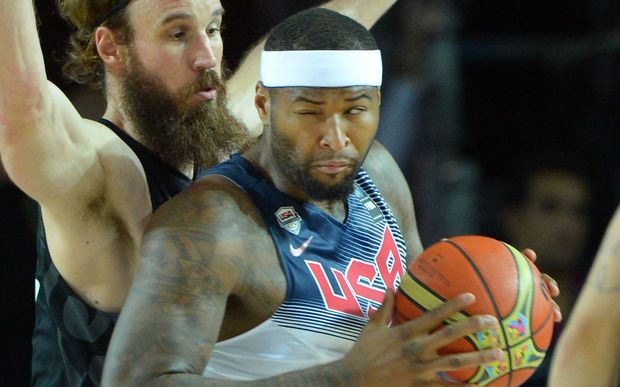 France beat hosts Spain 65-52 after Serbia brushed aside Brazil 84-56 to set up a semi-final clash on Saturday.

The US and Lithuania meet in the first semi-final on Friday.