The former Kiwis captain Benji Marshall has missed out on the initial training squad for the New Zealand rugby league side for the Four Nations competition, starting next month.

The former Kiwis captain Benji Marshall has failed to be included in the initial training squad for the New Zealand rugby league side for the Four Nations competition, starting next month.

Marshall who returned to rugby league after a failed foray into rugby union finished the National Rugby League season playing well for the Dragons but hasn't been included by Kiwis coach Stephen Kearney. 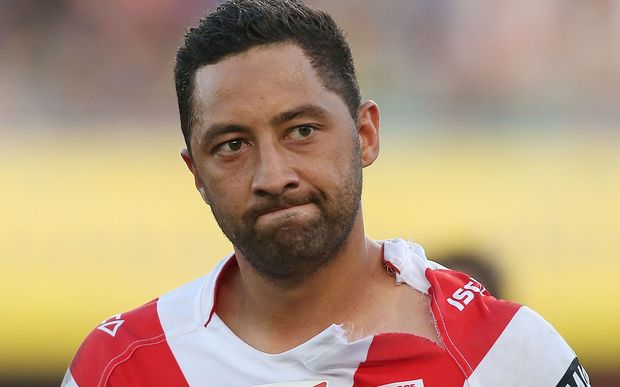 Benji Marshall may have played his last game for the Kiwis. Photo: PHOTOSPORT

Kearney has named an intial squad of 21 players from club which didn't make the NRL playoffs.

Ten of those come from the Warriors and more players will be added as teams fall out of the top eight play offs, with the wider training squad to consist of about 40 players.

The squad for the Four Nations competition will be named the week after the NRL Grand Final.

The only players so far missing from the Kiwis' most recent outing in the test against Australia in May are Warriors utility Ben Henry, who is having knee surgery and five-eighth Isaac John, who suffered an achilles injury earlier in the year.

The training squad is: