The Springbok captain Jean de Villiers says it's nice he'll play his 100th Test against the All Blacks.

De Villiers will lead the side in Wellington on Saturday night, having also played his 50th Test against New Zealand. 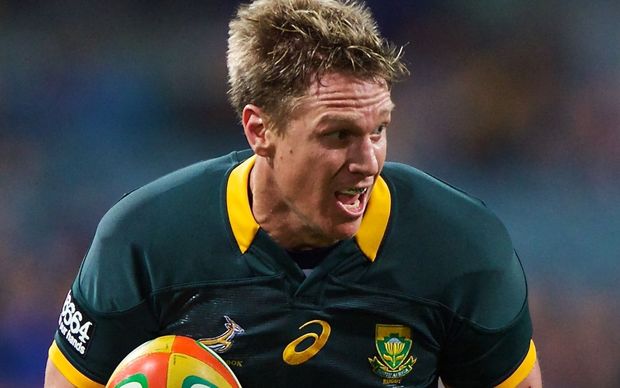 Jean de Villiers who will play his 100th test for the Springboks this weekend. Photo: Photosport

The 33-year-old centre says his wife and father will travel to Wellington for the match.

De Villiers says as a boy he always wanted to play against the All Blacks and so in a way is happy his 100th Test wil be against them.

He says coming up against Ma'a Nonu and Conrad Smith again will be good as they've built up a friendship and relationship through playing each other.

De Villiers says there'll be emotion around the game but at this stage there won't be any change in his preparation.

He says his most memorable match against the All Blacks would be the first time he played against them in South Africa in 2005, at his home ground of Newlands when he scored a try and they won.