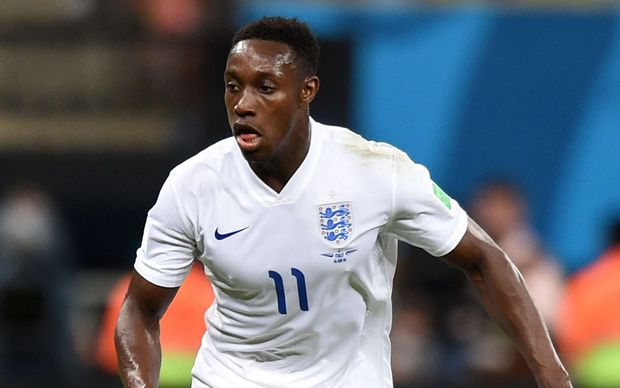 Welbeck met Raheem Stirling's low cross in his stride before smashing the ball into the net with his shin after Wayne Rooney broke up a Swiss move in midfield in the 58th minute.

Welbeck then made England's opening Group E game safe when he produced the finishing touch to a counter-attack as the Swiss pressed for an equaliser.

It was Switzerland's first home defeat in a competitive international since they lost to the same opponents four years ago in the Euro 2012 qualifiers.

England's first goal came shortly after goalkeeper Joe Hart made a superb save to keep out Haris Seferovic's half-volley following one of the few fluid Swiss moves of the game.

Switzerland started with eight of the team who lost 1-0 to Argentina in the World Cup round of 16, their last match under Petkovic's predecessor Ottmar Hitzfeld.

Seferovic had their best first half effort when his shot was saved by Hart's outstretched leg after England's Phil Jones gave the ball away to Xherdan Shaqiri on the edge of the area.

Defender Jones then had a header brilliantly turned away by Yann Sommer just before halftime.

Switzerland, playing in front of a subdued crowd at St Jakob-Park, were denied an equaliser when Josip Drmic broke through the england defence and rounded Hart only to have his effort cleared off the line by Gary Cahill.

Meanwhile Spain kicked off their European Championship title defence in style with a 5-1 victory over Macedonia in their opening Group C qualifier.

Looking to bounce back from their 2014 World Cup debacle in Brazil, Spain were much too strong for the 76th-ranked Macedonians as Paco Alcacer, Sergio Busquets, David Silva and Pedro also scored in La Roja's biggest win since they beat Tahiti 10-0 at last year's Confederations Cup.

Ramos's dinked spot kick down the middle came in the 15th minute and Alcacer, making his competitive debut, volleyed home from close range two minutes later before Macedonia pulled a goal back with a 28th-minute penalty from Agim Ibraimi.

Busquets struck with a deflected effort in first-half added time, Silva made it 4-1 five minutes after the break and after numerous chances, including a Cesc Fabregas effort that struck the frame of the goal, Pedro scored the fifth with a cute chip in stoppage time.

Alcacer started in a three-pronged attack with Pedro and Silva while Busquets and Koke completed a three-man midfield in the absence of Xavi and Xabi Alonso who both retired after the World Cup.

Fabregas went close with a curling effort from the edge of the area in the ninth minute before Daniel Mosjov felled Silva and Ramos stepped up to take the spot kick.

The Real Madrid defender's clever chip, which fooled Macedonia goalkeeper and captain Tome Pacovski, was almost identical to his successful effort against Portugal in a shootout in the semi-finals of Euro 2012.