The New Zealand rowing greats Hamish Bond and Eric Murray's are in line for two gold medals at the World Championships after storming straight into the final of their new event. 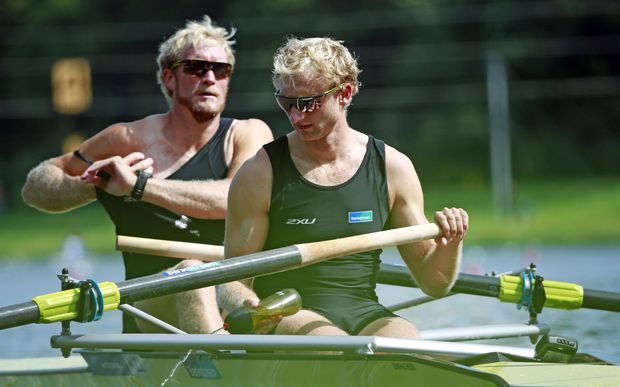 The duo, who've dominated the men's pair over the last few years, lined up in the men's coxed pair at a major event for the first time, but it was business as usual as they raced to a boat length lead after about 40 strokes.

Coxed by under-23 World Champion coxswain, Caleb Shepherd, Murray and Bond moved away to an open water lead by the halfway stage of the race and held it with ease to advance straight to the A final.

The New Zealanders won in a time of 7:05.6 with a handy lead over the second placed crew from the Netherlands who just edged out Argentina for the line.

Only the first placed crew gained automatic entry into the A final.

In the other heat, the British coxed pair won their race in a slightly quicker time of 7:01.60.

The women's coxless four led from start to finish in their heat to qualify directly for the finals, where they'll be a genuine gold medal chance.