The reigning IndyCar series champion Scott Dixon has kept his slim chances of defending his overall title alive after winning the latest race in Sonoma, California.

Starting from third on the grid the 34-year-old New Zealander drove a strategically perfect race with help from his crew who produced two pin-point accurate pitstops at critical times. 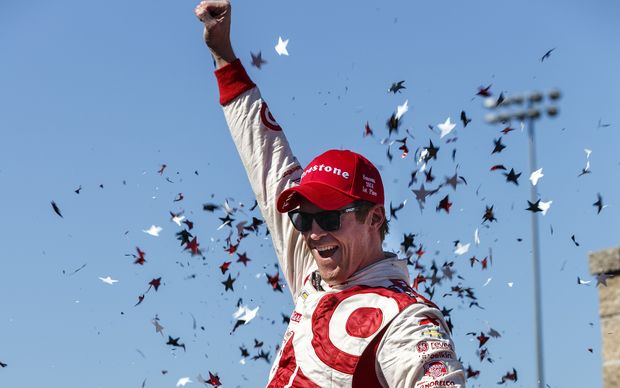 Australian Will Power still sits at the top of the championship with a 53-point lead over teammate Helio Castroneves going into the season finale in Fontana.

Power is 105 points ahead of Dixon but with the 500 mile finale in Fontana offering drivers double points, the championship title is far from decided.