The National Rugby League has defended the punishments meated out to past and present Cronulla players for doping. 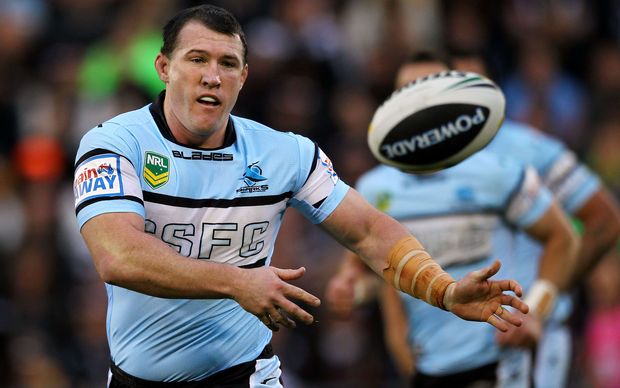 Paul Gallen plays for the Sharks against the Warriors in 2013. Photo: PHOTOSPORT

The Cronulla captain Paul Gallen and more than a dozen of his current and former Sharks team-mates have accepted backdated 12-month bans by the Australian sports anti-doping agency.

They reluctantly agreed to admit to doping rather than face the prospect of an even-lengthier suspension over the club's 2011 supplements programme.

The retrospective suspension means the NRL players will miss as little as the last three games of the season.

The World Anti Doping Agency has been urged to over-rule the "light" punishments with the Former WADA boss John Fahey saying they made a joke of anti-doping integrity in Australia.

The current chief executive David Howman says the matter is far from resolved.

Howman says WADA has not received a brief of evidence and is yet to determine if the sanctions are appropriate based on that evidence and the application of the code.

He says if is WADA is not satisfied, it will ask to take the matters to the Court of Arbitration of Sport.

Lawyers for the players say they received a guarantee from the Australian Sports Anti-Doping Authority that WADA would not interfere in the sanctions process.

The NRL chief executive Dave Smith says the evidence supports the fact that players were misled about the nature of the substances administered to them by people at the club who they should have been able to trust.

He says the suspensions recognise the fact that the players were misled, that the investigation has been ongoing for the past 18 months and that players made timely admissions after being provided with evidence earlier this week.