Juan Smith will complete a remarkable return to international rugby when he runs out for the Springboks against Argentina in the Rugby Championship clash in Salta, Argentina on Sunday. 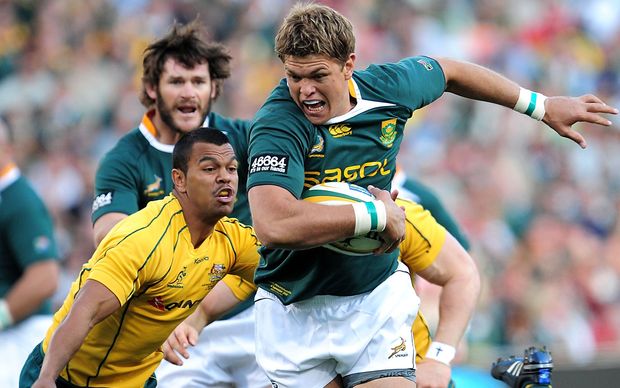 Smith's inclusion at flank is one of three changes to the starting XV, with a further four changes on the bench following their 13-6 win in Pretoria last weekend.

It will be the Toulon players first Test in almost five years after injuries almost ended his career.

Prop Gurthrö Steenkamp and lock Eben Etzebeth will start in the tight five, with Tendai Mtawarira and Bakkies Botha moving to the bench.

Marcell Coetzee will join them amongst the replacements after coming in as a late substitute for the injured Willem Alberts last weekend.

The final change to the team is the inclusion of Lwazi Mvovo on the bench.

Meanwhile Argentina have made two changes to their starting lineup for the match.

Second five Juan Martin Hernandez, a late withdrawal from the side beaten 13-6 by the Springboks in Pretoria last weekend, returns to the midfield in place of Santiago Gonzalez Iglesias.

The other change is also in the backline with Lucas Gonzalez Amorosino coming in on the right wing for Horacio Agulla.

Coach Daniel Hourcade has also made two alterations to the reserves bench as Argentina chase a first Championship victory after a draw and 12 defeats.