The New Zealand swim team is hoping for some redemption at the Pan Pacific champs which are underway on Australia's Gold Coast.

The New Zealand swim team is hoping for some redemption at the Pan Pacific champs which are underway on Australia's Gold Coast.

The results at the Commonwealth Games in Glasgow were disappointing overall for the sport with only Lauren Boyle and Sophie Pascoe winning medals.

The head coach for the women's squad Gary Hurring says it's a difficult assignment for the 14-strong team having to compete at such a high quality event after peaking for Glasgow.

He says the event rates among the top three as far as swimming is concerned which means it's a stronger field than the Commonwealth Games and features nearly all the nations that didn't compete at the European champs.

That includes the likes of the United States and Japan alongside the Commonwealth nations.

Hurring says they've got to get back into some work and do a very quick taper and prepare and just have a go because they were all peaking for the Commonwealth Games, knowing this was coming on the back of it.

He says it's a very tricky thing to do for both an athlete and a coach but they are trying to improve on those results from Glasgow. 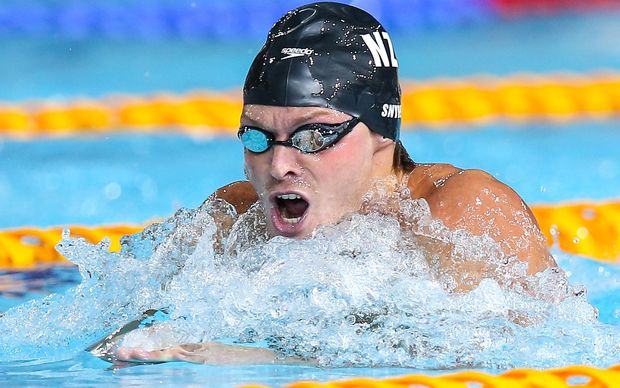 Glenn Snyders is among the NZ team competing at the Pan Pacific champs that are chasing an improved performance in the wake of the Commonwealth Games. Photo: PHOTOSPORT

Hurring concedes the performances of Glasgow do hang over them to some degree, and there is some disappointment in the wake of Glasgow, but there's some feeling of success with Boyle and there were some spatterings of good results.

But overall the results were probably not what they wanted, though they are trying to pick it up and have another go now.