Red Bull have defended their decision to make the Dutch teenager Max Verstappen Formula One's youngest ever driver, and they say the 16-year-old has already shown he is championship material. 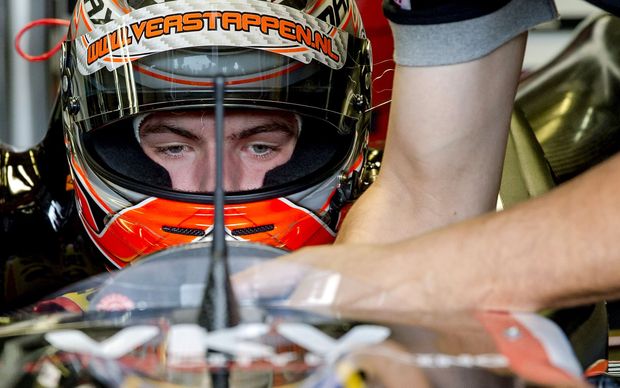 Dutch motor racing driver Max Verstappen who has earned a Formula One deal for next season. Photo: PHOTOSPORT

Verstappen has become the sport's newest and youngest star after signing to drive for Italian team Toro Rosso, owned by Red Bull, after making an impression in Formula 3.

Helmut Marko, motorsport consultant to the champions, is confident that Toro Rosso were not taking a risk by putting him in their line-up next year.

When Verstappen first steps inside a Formula One car he'll be just 17, too young to even drive in his own country.

The teenager says the deal is a dream come true and he's confident he can handle the step up.

Verstappen, whose father Jos was also a Formula One driver, will replace Frenchman Jean-Eric Vergne in the Toro Rosso lineup next year.

The sport's youngest driver to date is Spaniard Jaime Alguersuari, who made his debut with the same Red Bull-owned team in 2009 at the age of 19 and 125 days.

Alguersuari - whose arrival was questioned by some on safety grounds - was then discarded at the end of 2011 and reluctantly left the sport at an age where few others had even broken into it.

Verstappen has already built up an impressive resume, however, after starting in go-karts at the age of seven and comes from a racing family.

He has won a string of karting titles, including the world championship at the age of 15, and is currently challenging for the European Formula Three title.