A scorching try from centre Emily Scarratt helped England lift their first women's rugby World Cup title since 1994 in a 21-9 final victory over Canada in Paris this morning.

England, beaten in the last three finals, had drawn 13-13 with the Canadians in the group stage - a result that helped push out holders New Zealand - but were more clinical this time around.

England led 11-3 at the break through two Scarratt penalties and a try from full-back Danielle Waterman.

Magali Harvey kicked two more penalties to keep Canada, making their first appearance in a World Cup final, in contention, but Scarratt broke a tackle in front of the posts in the final minutes and cut behind Canada's defence to seal victory. 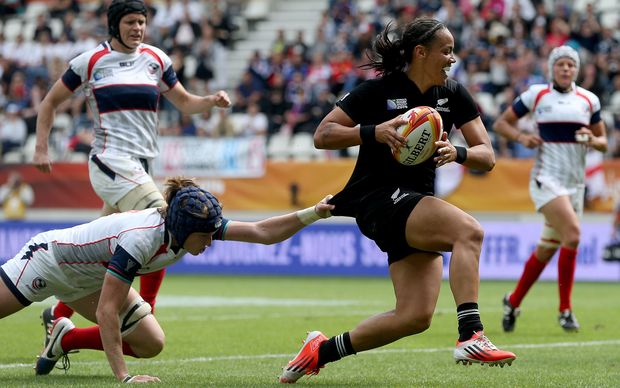 The Black Ferns, who failed to reach the semi-finals of the tournament for the first time, outscored the Americans nine tries to one.

The game will be the last for a host of the senior New Zealand players with veterans Amiria Rule, Casey Robertson and Claire Richardson all set to retire post tournament.

Number 8 Robertson says while it's nice to end on a winning note she's disappointed the Black Ferns couldn't add a fifth World Cup title to their coffers and she concedes there'll be a few bleary eyes when the team say their good-byes.