Five-time champion Roger Federer has continued his dominance over hard-hitting Canadian Milos Raonic with a 6-2 6-3 win to reach the final of the Cincinnati Masters. 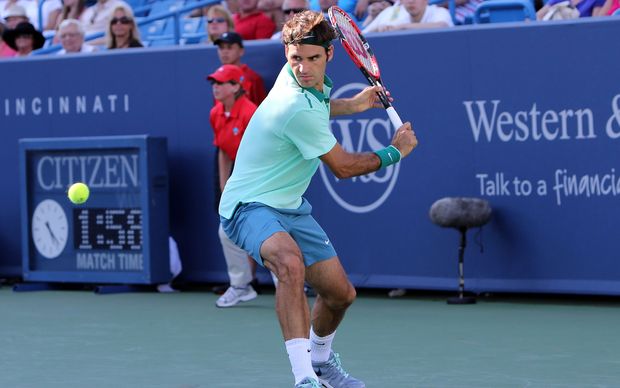 The 33-year-old Federer, who advanced to the semis with a straight-sets win over Scotland's Andy Murray, has now won all six career meetings against Raonic.

Federer's victory sets up the battle of the 30-somethings as he will now face Spaniard 32-year-old David Ferrer in the final.

Top-seeded Williams had to overcome a sluggish start to beat Wozniacki 2-6 6-2 6-4 while Serbian ninth seed Ivanovic eventually prevailed in a rollercoaster 6-2 5-7 7-5 win over the Russian fifth seed that lasted nearly three hours.

The Cincinnati tournament is the last of the key tune-ups ahead of the U.S. Open, the year's final grand slam, where Williams will defend her crown.