Bay of Plenty and Hawke's Bay are returning to the women's provincial rugby championship, taking the number of teams in this year's competition to nine.

The 10-week competition kicks off on Saturday August the 23rd and features the defending champions Auckland against Counties-Manukau in the opening match. 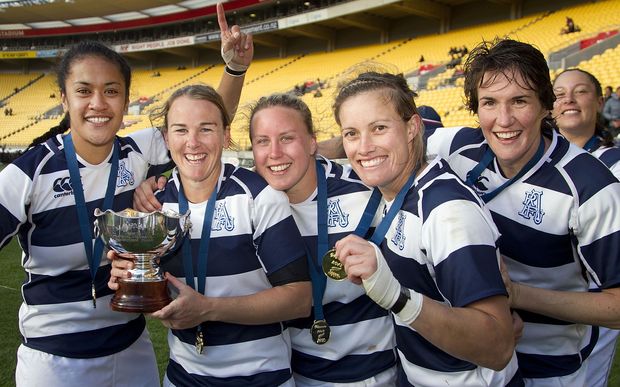 The Auckland women's rugby team after winning the provincial championship in 2013. Photo: PHOTOSPORT

For the first time since 2005, Bay of Plenty are entering a team while the Hawke's Bay women are back after a break in 2013.

Taranaki have chosen not to join the fray this year.

The other teams in the competition are Canterbury, Otago, Wellington, Waikato and Manawatu.

Eight matches and the final will be broadcast live on television as curtain raisers for the men's competition.

Auckland has won the women's competition the last six years it's been staged.